Sober House Owner Arrested in Massachusetts: The Dark Side of Sober Living 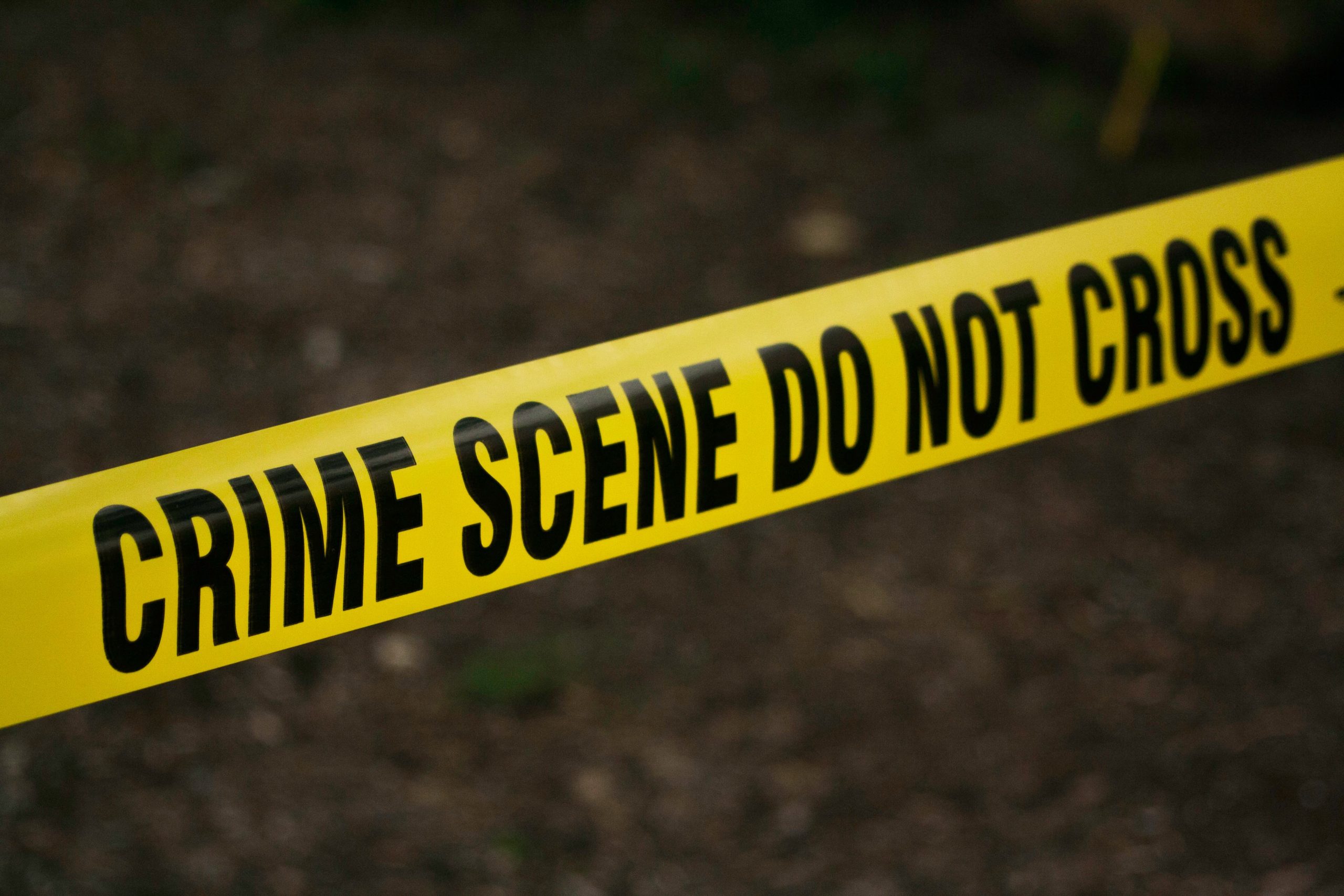 For more than a decade, attorney David Perry’s addiction has been documented in numerous courtrooms. Despite the fact that he became a symbol of addiction treatment success, the charges for which he will appear in court on Monday cast doubt on that.

The state attorney general’s 34-count indictment charges Perry — the owner of the sober house Recovery Education Services (RES) in Boston’s Roxbury neighborhood — with selling pharmaceuticals and legal counsel in exchange for sex to residents of his house.

They argue that Perry’s case highlights the need for stricter controls on sober homes, particularly those that do not voluntarily certify, which is Massachusetts’ only inspection mechanism.

They also argue that the state should ensure that patients are not sent to uncertified sober homes as part of their aftercare.

Some customers are ‘afraid to complain’ about their circumstances.

He — and a few other RES clients who did not want to be identified in this story — agree with most of the indictment.

Many people are scared to complain about sober housing circumstances, according to Ostman, because they are frequently compelled to live in sober housing as part of their probation or in order to obtain custody of their children.

Perry is also accused of delivering fake letters to probation officials on behalf of people linked with RES in exchange for sex, drugs, and money, according to the AG’s indictment.

Perry’s lawyer, Peter Pasciucco, said his client denies all claims and that he has helped, not injured, a large number of people suffering from substance abuse problems.

Perry was released on $10,000 bail, ordered to wear a GPS tracking device, and told to keep away from the sober house and people on a list of those who testified before a grand jury at his arraignment this month.

“If you were standing next to me in court that day,” Perry said at one meeting recorded online, “shackles on my hands, feet, and waist. My father was sitting in the back wondering what he had done wrong…. You would think it was the worst day of my life. I’ve come here to tell you that it was not. “

Perry has been candid about his drug and alcohol addictions. For more than a decade, he’s been a regular speaker at AA meetings and conferences.

He claims that his battle with alcohol and drugs began when he was a youngster, and that, despite having a lucrative legal career and all the trappings of success, he couldn’t stop drinking and taking drugs until 2001, when he was arrested in a federal narcotics raid.

Perry describes the arrest as a “direct hit” that drew his attention and compelled him to change his ways.

He served five years of federal probation, which he credits with enabling him to devote his life to assisting others with substance abuse issues.

Perry’s story of restoration persuaded the Massachusetts Bar Board of Overseers to reinstate him as a lawyer in 2014.

U.S. District Court Judge Mark Wolf told Perry in a transcript of the hearing to readmit him, “You have significantly contributed to the improvement and pleasure of others.”

I sincerely hope and believe that you will continue to put up your best efforts.

“If you’re one of those people suffering in sobriety, if you’re looking around wondering whether this hot coffee-, cold metal chairs-, church basement-, shoot-me-now-feeling is going to end. If that’s you, please, please, please, my prayer is simple: Come up to any one of us who is carrying this message. We’ll show you how to do this. Just tell us your name. We’ll take it from there, “Perry told the audience.

But Wolf added, “The challenges never disappear and the journey is never over.”

Because of his faith in Perry’s redemption, he was able to arrange a contract with at least one accredited addiction treatment facility, allowing patients to complete their aftercare therapy while living in his sober home.

Patients claim they could continue in Bournewood’s day program after completing detox there, and Bournewood would pay their rent at RES.

Marcia Fowler, CEO of Bournewood, says she works with a variety of sober homes in the area but ceased working with RES at the beginning of this year.

“Our main criteria for our relationships with sober homes is to ensure that there is a clean and sober environment,” Fowler said. “We had concerns [from] the patients that we were referring to there that the environment was not supportive of their recovery.”

Bournewood, she claims, does its best to evaluate sober homes, with employees visiting them personally and talking with the management and owners.

Housing, according to Fowler, is frequently a concern for her patients because many of them do not have a place to reside in order to continue their treatment.

There are insufficient housing options, particularly for women.

“We’re not going to discharge people into the street,” Fowler said. “So we would rather discharge someone to a sober home where they could continue to engage in treatment than to have them receive no ongoing treatment at all.”

A 2014 Massachusetts law established a certification process for sober homes, but it is entirely optional.

The law changed in 2015, requiring any vendor with a state contract to only connect people to a certified sober home.

Senator John Keenan, vice head of the Joint Committee on Mental Health, Substance Use, and Recovery, predicts that lawmakers will look into whether licensed treatment programs are following the law.

“I’m curious as to how we will be able to determine whether programs that are receiving state funding are referring clients to non-certified sober homes,” Keenan said. “I don’t know if there is a mechanism in place right now to determine if that’s happening. That’s something we’re going to have to look at. “

He claims that federal housing regulations make it difficult to monitor sober homes because they ban discrimination against individuals with impairments, which includes addicts.

However, Keenan claims that the state would endeavor to strengthen oversight, particularly in light of recent charges.

“Now we have no control over whether somebody wants to run a substandard sober house and we are aware that some of them are still out there,” he said. “This one is certainly alarming, but we are trying to beef up our certification process to reward those who are doing the right thing.”

Getting Sober Home Certification is a Difficult Process.

The Massachusetts Alliance for Sober Housing, or MASH, has accredited more than 160 houses in the state, totaling over 2,000 beds.

According to MASH Executive Director Marie Graves, certification indicates that a sober house has met a set of criteria and has passed third-party safety inspections.

“Right now the certification is pretty strong and we’re really confident in how we’re operating our certified homes,” Graves said. “What our sober homes do is provide a safe, sober environment for support and recovery. We don’t provide treatment; we let the professionals do that. We have standards and operate with integrity. There are some great sober houses that are not certified, but at least with us, you can feel good that there is an entity to uphold the standards. “

MASH also investigates complaints against certified sober homes, according to Graves, and works with the houses to fix any problems.

Sober living was investigated in five states, including Massachusetts, according to a recent report by the General Accountability Office.

It emphasizes the importance of the complaint process, but also states that no sober home certifications have been revoked in Massachusetts in recent years.

The report also mentions the state’s agreements with laboratories suspected of paying kickbacks to recovery houses in exchange for patient referrals for urine drug testing that was not medically necessary between 2007 and 2015.

While sober home accreditation is a step up from how sober homes were run just a few years ago, it’s unclear how many uncertified houses like Perry’s are still operating in Massachusetts.

Only around 20% of the sober homes in the state, according to some treatment providers, are certified.

Perry’s first sober house, Safe Haven, was closed due to noise and drug use allegations.

He opened RES not long after that.

The RES is still operating, according to the attorney general’s office, which is “monitoring the situation closely to see what steps are necessary to help ensure that the residents are able to get the treatment they need in a safe and drug-free environment.”

Perry will appear in court again next month on different accusations.

He was charged in November with conspiring to smuggle Suboxone, an addiction medication, to his client in the Middlesex County Jail and House of Correction.

The state Board of Bar Overseers said it is aware of the incident and is in talks with Perry about disciplinary action.