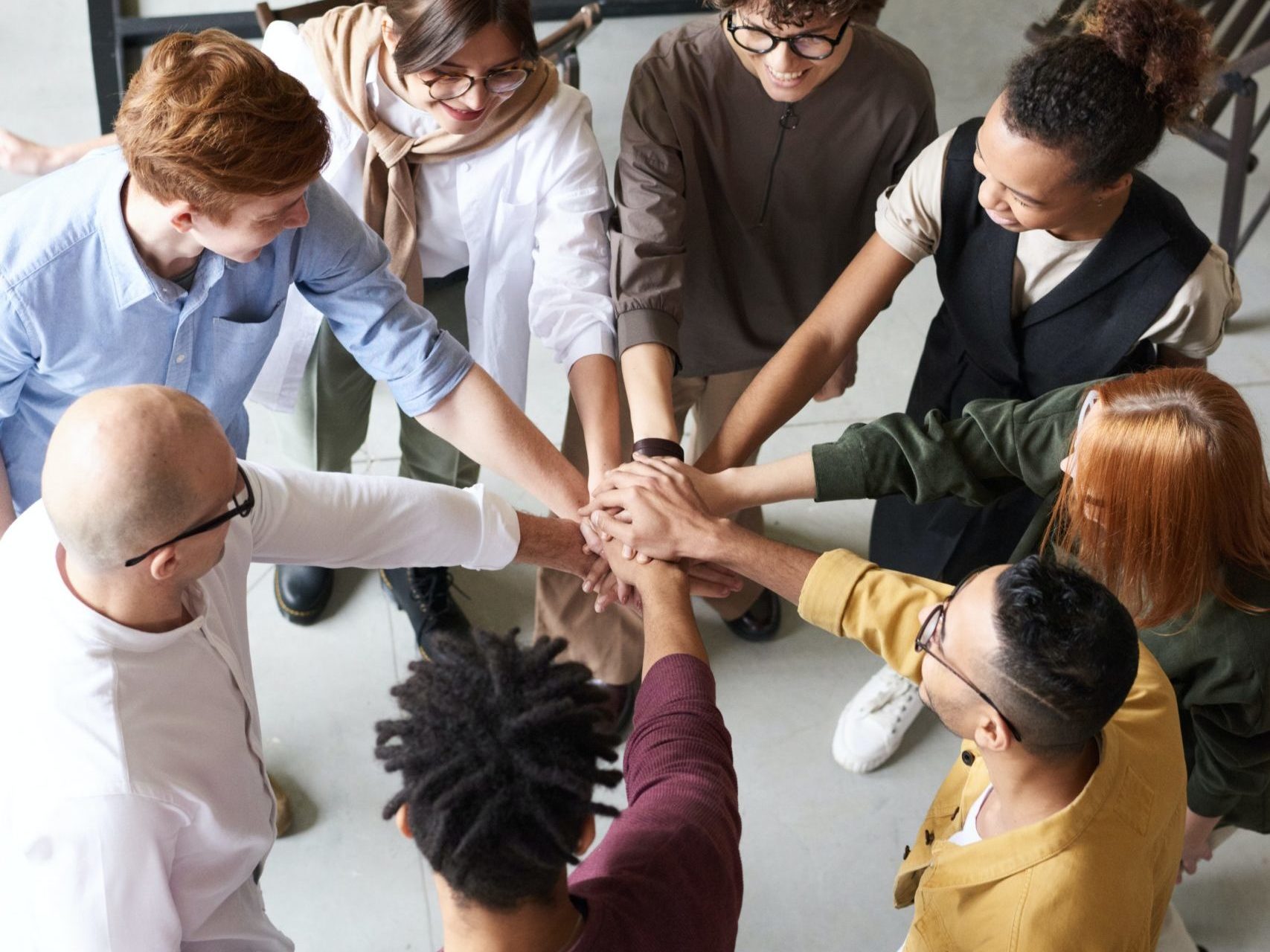 Seven years ago, Matthew “Matty” Powers was living in his car and hooked on heroin.

He eventually became sober, but he needed a place to live where he could focus on his recovery. He tried halfway houses but was met with dishonest recovery home proprietors who were more concerned with collecting rent than supporting addicts in staying clean.

That’s when his older brother, Stephen Powers, suggested that they start their own “sober home.”

When banks refused to lend them money, the brothers maxed out their credit cards and borrowed money from family to put down a deposit on an abandoned two-story property on Strawberry Avenue in Lynn.

Previously, the home was utilized as a shooting gallery, with addicts injecting heroin, consuming crack cocaine, and falling on the floor.

“It was a mess,” Matty said. “We couldn’t open the front door because somebody was passed out against it.” To repair the to-be sober house, the brothers solicited the help of friends. They spent their spare time repairing a roof, changing exterior shingles, and renovating the kitchen, bathrooms, and bedrooms.

Chelsea’s House was one of the original six tenants. Many others would follow. “People thought we were crazy and that it would never work,” he said. But it’s changed my life, and so many others. ”

Sober homes like Chelsea House have been around for a long time, with the bulk of them operating with little, if any, financial aid from the state or charitable organizations. Their establishment is subject to few constraints, and the state has no authority over them.

However, as Massachusetts grapples with a catastrophic spike in heroin and prescription drug use, health officials are turning to group homes for much-needed housing.  Governor Charlie Baker has proposed expanding access to long-term care in order to tackle opioid addiction, which claims four lives in the Bay State every day.

In 2014, state lawmakers passed legislation encouraging sober homes and recovery houses to become “voluntarily certified” in order to ensure they meet basic health standards, are not overcrowded, and do not exploit tenants through expensive rent.

Sober house operators must obtain training and have their properties examined on a yearly basis in order to be certified. So far, 25 sober house residences have received this designation, including Chelsea’s House. Sixty other sober living facilities have applied for certification. Those who do not get certified by September will be unable to accept referrals from state jails, drug courts, or detoxification facilities.

Sober homes have a role in the continuum of care, but we want to make sure they are providing a safe, clean environment, said Cheryl Kennedy-Perez, director of housing and homeless services for the state Bureau of Substance Abuse Services, a division of the Department of Public Health.

The number of state-run sober homes is estimated to be around 200, with some on the North Shore. Kennedy-Perez noted that the state has contacted parole and probation officers, as well as treatment centers, to obtain their contact information and to explain the new legislation preventing referrals to non-certified rehabilitation homes.

According to long-term operators, certification will help improve care quality and reduce the stigma associated with nursing homes.

“This is a long time coming,” Marilyn Diorio, executive director of Sally’s Place, a newly certified sober home for 19 women in Amesbury, said. “We have a lot of sober homes in the state, and some of them have good ethical practices, but others don’t. And there’s been no way for families to know if the places they’re sending their loved ones to are treating them fairly.

A recovery residential home to strive towards.

Chelsea’s House is a sober house set away on the outskirts of downtown Lynn on a one-way street, converted by the Powers brothers. It is a working-class neighborhood of triple-decker apartments and single-family homes that has seen its fair share of drug trafficking and gang violence.

Chelsea’s House has expanded from humble beginnings to four facilities—three in Lynn and one in Chelsea—and currently rents rooms to around 60 recovering men, ranging in age from 18 to 75. The vast majority are parolees who have previously served prison sentences for drug possession, robbery, and other petty offenses. They come from all throughout the state.

The rules of the sober house are simple: Tenants in recovery houses must maintain a drug-free status and submit to twice-weekly drug testing. They are not permitted to welcome drug addicts as guests. They are forced to attend support group meetings, such as Narcotics Anonymous.

A single room costs $175 a week to rent. This includes a bed, a flat-screen television, a side table, and other furniture.

Chelsea’s House was named after Robert “Chelsea Bob” Hinckley, a former ironworker and recovering alcoholic who served as an inspiration to many in the underprivileged neighborhood where the Powers brothers grew up. Hinckley died in 2010 at the age of 91.

“We wanted to revolutionize the way things were done,” he said. “The concept was to have a sober living facility administered by addicts for addicts.”

Many of the men are ex-heroin users, while others are alcoholics in recovery. Not everyone stays on the straight and narrow path.

“We get burned a lot,” Matty explained. Some guys relapse and move out; others don’t pay rent. But we will do whatever we can to help all of them.”

Some sober house residents stay for a few months, while others stay for several years. Strong bonds are developed between them.

Dennis Gomez, 32, a recovering drug user from Roxbury, moved into the Strawberry Avenue house six months ago after serving three and a half years in prison for cocaine distribution. He said it benefited him in reconnecting with relatives and restoring his life.

“It’s really given me something to live for,” Gomez said. “We have a brotherhood here that gives each other support.”

There is no supervision.

While recovery house facilities such as Chelsea’s House have helped countless addicts, abuses have occurred owing to a lack of control.

A Lynn District Court judge ordered the closure of St. Jean’s House in Salem’s Point in 2009 after the proprietor was arrested on charges of identity fraud, theft, and possession of a large amount of marijuana.

According to Stephen Powers, he has seen sober residences where avaricious landlords cram hundreds of men into cramped, filthy apartments.  “There are laws on the books—planning and zoning ordinances. They just have to be enforced, “he said.

According to Kennedy-Perez, the state does not have the authority to pursue dishonest business owners. Because federal law considers addicts to be mentally ill, sober houses cannot be closed, and attempts to do so frequently end up in court.

“Some people see these houses as money-makers,” he explained.

Despite the state’s interest in certifying sober houses, there are still concerns about their usefulness.

According to Richard Winant, president of the Massachusetts Association of Sober Housing and owner of a certified home in Wakefield, the state’s investment in sober homes is a “work in progress.”

He feels that an organized grievance procedure is required, for example, because otherwise, operators may appear respectable while exploiting renters. Another difficulty is that if the state does not certify enough residences, a backlog of referrals may form, leaving some addicts with nowhere to turn.

Overall, Winant feels that increasing attention to sober houses will benefit their public image. Local leaders and neighbors frequently resist them, he adds, and many of them are unaware of what they are doing.

“Drug addicts, needles, and cops-that’s the perception,” he stated. “However, the truth is the polar opposite.”

The Powers brothers, who plan to increase the number of beds at Chelsea’s House in the coming years, are encouraged by the growing interest. They are concerned, however, that the government’s involvement will result in excessive regulation and bureaucracy.

Our sole purpose of establishing  Vanderburgh House was to create recovery-focused communities that are dedicated to the success of each member. Our homes provide a structured and recovery-focused sober living environment, headed by caring House Managers who are committed to assisting our clients in rebuilding their lives free of drugs and alcohol.

The majority of our houses are run by independent Owner/Operators who collaborate with Vanderburgh House to provide sober living in their own areas. As a member of our collaborative of sober living Operators, Vanderburgh Communities provides Charters to Operators who want to manage their own sober living home in conjunction with us. If you have a dream of opening your own sober house, now is the time to pursue it! We urge you to join us for a meeting to learn more about this exciting chance to help your community.

Read more on our website: Massachusetts Fights to Get Money Back from Overdoses